Anatomy of a celebration

Anatomy of a celebration 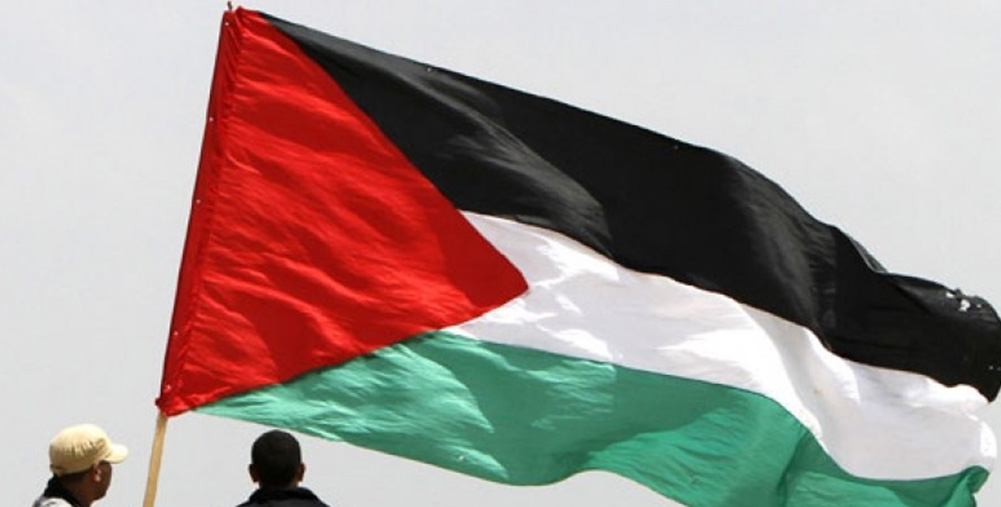 One of the most enduring, shocking and thought – provoking images seen in the aftermath of the Al – Qaeda attack on the World Trade Center on 9 / 11 was the footage of Palestinians dancing in the streets of the West Bank, celebrating the attack and the casualties that resulted. It was an image that raised several questions, mainly, what was it that drove people to celebrate the violent death of other people? People, whom they did not even know, people who were ordinary civilians going about their daily business, people who, in the final analysis, were exactly like those who were celebrating their deaths. Why then, was the death of so many innocent persons reveled in? Why were Americans hated in so visceral a manner that their deaths would provoke jubilation? Why does the Arab and Muslim world hate America so much?

The answer to this lies in the way the United States is perceived in the eyes of the Arabs and Muslims. It is seen as the backer of Israel, which itself is perceived as the tormentor of fellow Muslims, the Palestinians. It is seen as the crutch of autocratic and despotic kings, sheikhs and emirs, who still seem to believe in the “ divine right of kings ” and who allow their subjects no say in any matter of importance. It is seen as the imperialist power that would like to keep the Middle East in the fist of the autocrats, so that it can exercise control over the oil reserves of Saudi Arabia, Kuwait, et al. And, because religion permeates every nook and cranny of life in the Middle East, it is seen as the enemy of Islam.

It is easy to understand why America should be hated for its support of Israel. America is seen as the bulwark of Israeli strength. American supplies of Israel’s military, the American veto in the United Nations Security Council and America’s immense diplomatic leverage are all seen to be in favor of Israel. American backing of Israel is deemed to be the foundation of Israeli belligerence, the base of Israel’s disregard of Arab and Muslim opinion, and the crutch of Israel’s occupation of Palestinian lands. Inconvenient truths, such as Arab opposition to Israel’s very existence, the cold – blooded murder of ordinary Israelis by Palestinian terrorists, the numerous wars waged by Arab states against Israel with the objective of erasing it from the map and the hate – filled pronouncements of Arab and Muslim leaders against Israel are consigned to the dustbin. The numerous defeats suffered by the Arab states at Israeli hands still rankle, and American military support is seen to be the prime reason for Israel emerging victorious from these conflicts. It is far more comforting to view oneself as a victim of superpower strength then to think of oneself as inferior to a hated enemy. The massive Soviet military, technical and diplomatic support of the Arabs during the Cold War years is not allowed to interfere with this perception. After all, the Soviets lost the Cold War, and no one likes to be associated with the losing side.

More difficult, perhaps, to comprehend is the undercurrent of animosity towards the United States that runs through the broad masses of Arabs as a result of American support of the potentates who hold the Arab peninsula in thrall. Autocratic rule is, unfortunately, the rule rather than the exception in the Muslim world. If one were to look at the crescent of Islamic states from Brunei in the east to Morocco in the west, it is seen that there is not even one stable democracy in all of the Muslim majority countries in this huge geographical stretch, with the sole exception of Turkey, whose government is, as a legacy of Kemal Ataturk, based more on secular principles than Islamic ones. Indonesia has recently struck out on a different path, but it is still to be seen whether democracy strikes deep roots there. Apart from these, the vast majority of Muslims are ruled by despotic regimes, whether monarchies, one – party states or military dictatorships. However, in this entire stretch, the Arab peninsula (especially Saudi Arabia), occupies pride of place in the Muslim mind, because of it’s being the home of Islam’s holy cities, Mecca and Medina, as well as because of the gigantic revenues generated by the oil wealth of the region.

The monarchs who rule the Arab peninsula exercise absolute control over their subjects. There is no parliament, no congress, no assembly where representatives of the people can play a hand in the running of their nation in all of Arabia. Elections are unheard of, though Qatar’s recent elections to a council which would advise the Sultan, albeit having very limited powers itself, is a praiseworthy step in the right direction. This absence of public participation in national affairs breeds a sense of alienation, and naturally results in resentment towards those who hold the strings of power. This is exacerbated by the absence of a free press and media, through which public grievances could at least be aired, if not resolved (again, Qatar, with its Al – Jazeera television station, is a notable exception). This resentment is automatically transferred to the country that supports the monarchs and is seen to prop them up, namely, the United States. The blood shed by America for the liberation of Kuwait is rationalized as being directed towards establishment of an American sway over the region, in order to control the oil reserves.

Where there exists resentment and hatred, the human mind naturally turns to vengeance. The desire to hurt, humiliate, punish and wound the United States is a common one in the Middle East. However, even the most optimistic fanatic realizes that, today, America cannot be beaten on the field of battle. So, how does one win a victory over the Americans?

The answer lies, again, in perceptions. In America’s own eyes, America cannot lose it must not lose. Defeat is impossible to accept. However, America has one Achilles’ heel: casualties. America can tolerate many things, but the one thing she cannot take is a massive casualty. The catastrophic loss of human life is seen as defeat. In American eyes, massive casualties inflicted by a hated and despised enemy are equivalent to losing. An example of this mentality is the reception accorded to Vietnam veterans, who were pelted with garbage on their return. Hence, the corollary : If enough American lives are lost, America itself will view it as a success for it’s opponent. The foe who inflicts this kind of damage on America, humiliating it, leaving it bleeding, automatically becomes a hero for the teeming masses in the Middle East. For them, an American defeat is to be savored, all the more so if inflicted by a fellow Arab. Also, the symbolism of the targets must not be discounted. The Pentagon represents the very core of American military strength, the same strength that enables America, in Arab eyes, to dominate the world. Again, more than any other city, New York is the image that the world has of the United States. Its Wall Street is the center of the world’s finance system, which is inextricably tied to the American economy. The Twin Towers themselves were symbolic of the American Dream – Reach for the sky. That an Arab could attack and demolish or damage such structures was seen as a body blow against America’s military, financial and cultural hegemony over the world. A fellow Arab had penetrated the lion’s own den to administer a stunning blow, leaving the hated foe reeling. To sum up, the dancing Palestinians were not celebrating the death of ordinary Americans. They were celebrating what those deaths represented, what they saw as a humiliation of America, a massive American defeat.