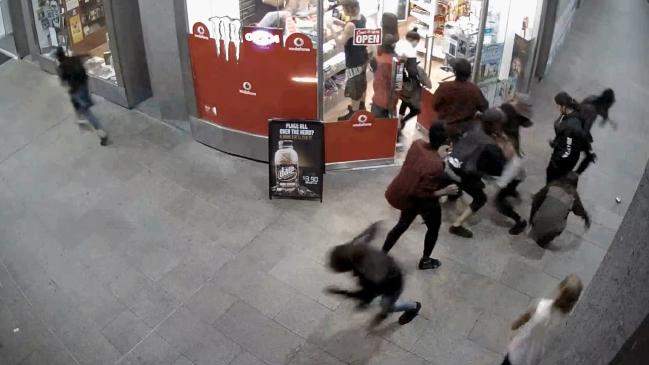 With the recent ‘flash-mob’ theft and assaults occurring in Cologne, Germany on New Year’s Eve it’s important to note that flash-mob robberies are not a new occurrence, nor should this be disregarded as a one-off. So how can security officers help to handle these situations, and how should the public act in a flash-mob situation where theft and assault are likely?

WHAT HAPPENED IN COLOGNE?

High numbers of women on New Year’s Eve 2015-2016 in Cologne, Germany, reported that up to 1000 men attacked, robbed and assaulted them at the train station. In an apparent organised attack, the men were described as drunk and aggressive by the BBC.

The national police report concluded that, “the task forces could not cope with all the events, assaults, and crimes – there were just too many happening and the same time”.

Police in Cologne have received 121 criminal complaints to date, with three-quarters of these involving sexual assault. There have been 16 suspects identified, with no arrests made. At the same time, reports for similar incidents were made in Hamburg, Dusseldorf and Stuttgart.

The sheer volume of alleged offenders in such an incident puts police, law enforcement, or security officers in a difficult position to assist the victims of crime until the crime is over. In the case of the Cologne attacks, help was not available until after the men had dispersed.
Attackers pursue the flash-mob approach due to:

Flash-mob robbery (‘flash-rob’) or multiple-offender robbery is a form of organised theft whereby the aim is to overwhelm the victims and render them unable to stop the incident from occurring. These are not new, with many commonly occurring in Brazil since 1990’s and also reportedly in large American cities such as Chicago, Houston, and Jacksonville at stores. Not all flash-mob crime is violent, where large groups of people may enter a store and leave without paying. The sheer number of non-paying shoppers means the shop is helpless to stop the crime.

WHAT THE PUBLIC AND SECURITY OFFICERS IN AUSTRALIA CAN DO

The National Retail Federation in the USA issued a Multiple Offender Crimes Report concluding that prevention of flash-mob robberies includes sharing of information pre-crime if an incident is anticipated, monitoring of social media for the location name where they are working, and reporting of large groups to help prevent crime.

If you are a potential victim or working in a store attacked by a ‘flash-rob’, you can aim to ensure that your surveillance systems are current and using advanced technology to help law enforcement identify or recognize persons, make sure registers are locked-down immediately, and get out of the way. If safe you should aim to view license plate numbers and identifying features, however never with interference to the mob.

Security simply being present can help to deter flash-mob attacks. However it should be noted that in cases where the store-owners or victims have tried to stop attacks, they have often aggravated the mob and prompted a violent response. Observation, good footage, and report writing are keys to a successful apprehension after the incident.
Click here to watch the recent Perth robbery and assault incident that took place at Wellington Street on the 4th of April.

If you would like to see how you can help with crime prevention in your local community by becoming a security officer in Perth contact RAY MANCINI Group or check out our Australian approved security courses now.